Here is a nice talk by Jason Turner from CppCon2019 on features of C++14/17/20 that make writing code simpler and less error prone.

Last December our group held our first ForteCon, a three-day small conference/workshop on coding in Forte. You can see a summary of the topics covered in ForteCon2018 on our public GitHub resources folder.

Ab initio quantum chemistry is an emerging computational area that is fifty years ahead of lattice gauge theory…and a rich source of new ideas and new approaches to the computation of many fermion systems.

I recently read this paper (Wilson, K. G. Ab Initio Quantum Chemistry: a Source of Ideas for Lattice Gauge Theorists. Nuclear Physics B – Proc. Suppl. 1990, 17, 82–92) and found it extremely interesting. The article begins by saying that Wilsons had switched his field of research from lattice gauge theory to computational quantum chemistry. One of the reasons for this change, Wilson says, is ancestral, adding an interesting explanatory note in which he acknowledges discussions with his father, E. B. Wilson. The second reason he reports is the lack of sources of inspiration in his field.
In his paper Wilson discusses the benefits of using Gaussian basis functions compared to numerical grids, the emphasis of quantum chemistry on analytic approaches rather than stochastic methods, and “the status of my efforts to ease the programming burden using the C++ programming language”.
In just a few pages, Wilson summarizes with extreme clarity the state-of-the-art in quantum chemistry (in 1989). He provides a very clear description of the major challenges in this field, and succinctly analyzes purpose and limitations of some of the most important methods used in quantum chemistry.

To my surprise, Wilson was at the time also concerned with the software productivity of scientists, an issue that is still very relevant today. I was quite excited to see that Wilson had already recognized the potential of C++ to simply the organization of large computer codes. In Wilsons words:

The ability to attach variable names and subroutines and functions to a common block is, I find, a powerful organizing
tool for large programs.

I think this article is a little gem and recommend it especially to those interested in the history of physics and quantum chemistry. I hope you will enjoy reading it!

A photo of the group in front of the Center for Computational Quantum Chemistry at the University Georgia. We were there to attend the 2016 Psi4 developers workshop. Kevin, Sam, Wallace, and Francesco gave talks on parallel CASSCF, new data structures for sparse CI, valence virtual orbitals, and the Wick&d project. 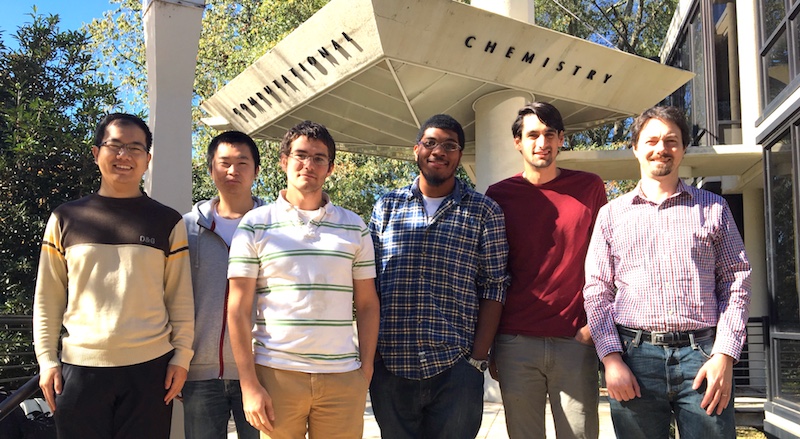 Here is a photo of Jeff, Kevin, Sam, and Francesco at the Sci-Mix poster session of the San Diego ACS meeting. 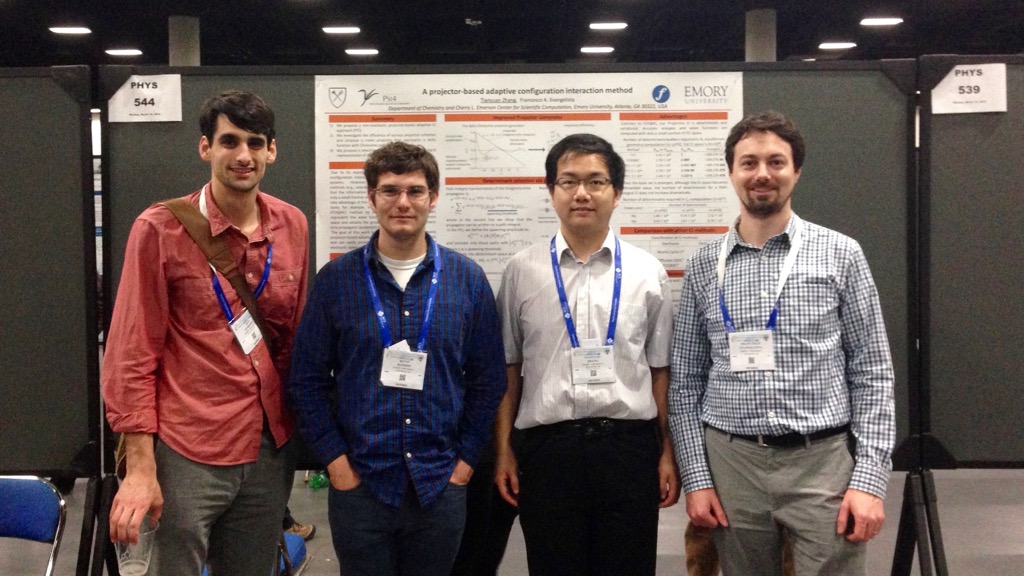 I recently watched an interesting interview of Freeman Dyson in which he recalls a meeting with Enrico Fermi. During the meeting they discussed calculations done by Dyson, but Fermi was skeptical of the model used to produce the data. Hence, Fermi quoted von Neumann: “With four parameters I can fit an elephant, and with five I can make him wiggle his trunk.” Today I found this article, which actually does fit the shape of an elephant with four complex parameters. 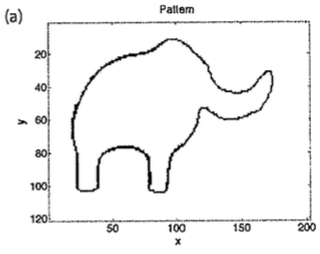 Last week we had our first group hackaton to develop our quantum chemistry code FORTE.  During our first session we established a new git repository and revised test cases. 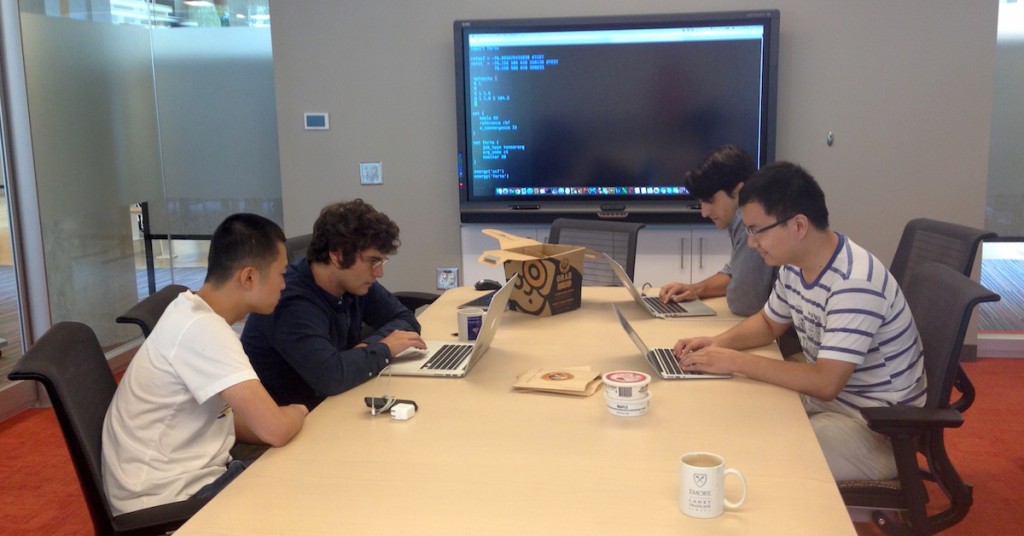 Our new espresso machine (SAECO Via Venezia) and coffee grinder (Cuisinart Supreme Grind™ Automatic Burr Mill) have arrived! We’ll be happy to serve you an espresso or a cappuccino when you visit us. 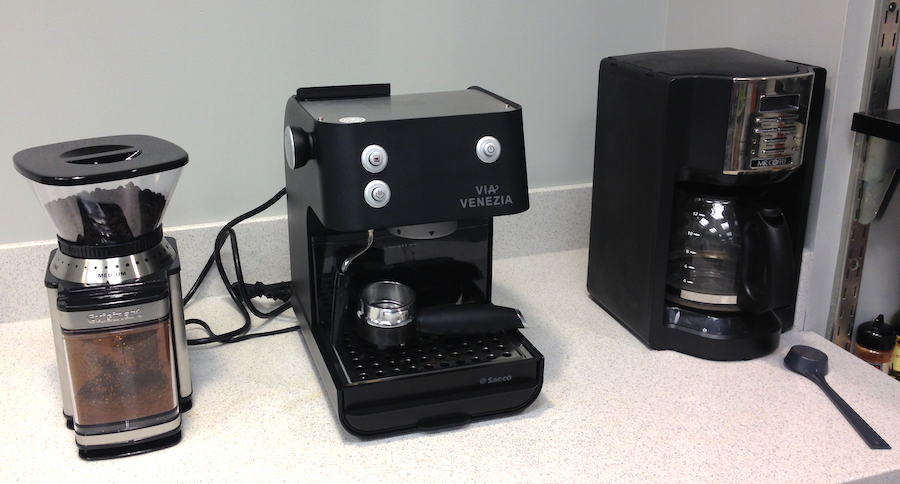 Here is a photo of Jeff receiving the prize for his poster presented at SETCA 2015, University of Central Florida,  Orlando. 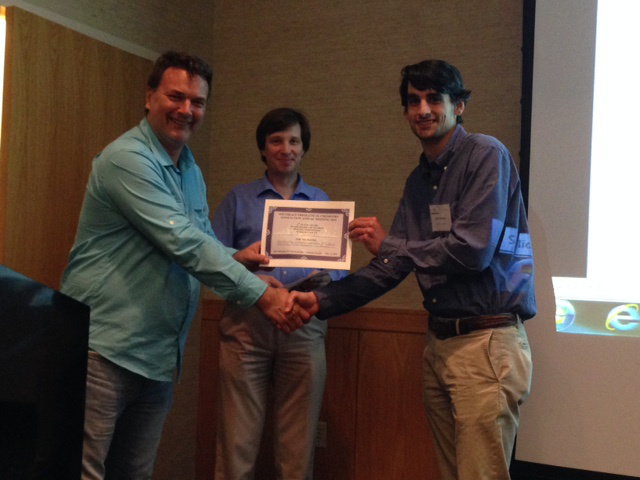