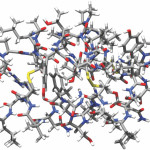 An impressive paper by the Neese group appeared in the Journal of Chemical Physics. This group reports the first coupled cluster computation of a small protein using the CCSD(T) method using domain based local pair-natural orbital. There is also a article in physics today that summarizes this paper.
In my opinion, as far as one is concerned only about the ground state, this paper reinforces the idea that achieving linear scaling is more effective that trying to develop a massively parallel implementation of the canonical CC equations. 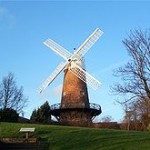 I can think of a few pretty vigorous historical debates in quantum chemistry, like for example, valence bond theory vs. MO theory and coupled cluster theory vs. quadratic configuration interaction, but I never heard or read of a Green’s function vs. wave function methods debate.  I can recall reading about the utility of Green’s functions in Ostlund and Szabo’s Modern Quantum Chemistry.  My colleague Leif Jacobson brought to my attention a very interesting paper by L. J. Holleboom and J. G. Snijders [J. Chem. Phys. 93, 5826 (1990)], which compares second-order Møller-Plesset theory and Green’s function methods.  This paper is very instructive and is a good introduction to GFs.  The perturbative analysis of the Green’s function presented in the paper is an illuminating way to understand the connection with perturbation theory.  Another interesting result of this paper is that in the minimal basis set the second-order Green’s function energy of the hydrogen molecule is exact in the limit of an infinite internuclear distance.  This is a classical problematic case for MP2 theory, since the energy diverges as we stretch H2.  However, in the case of the Green’s function approach, this result holds only for the minimal basis set.  Using data for the other molecules studied by Holleboom and Snijders, it is difficult to assess which method performs better.  While GF(2) yields more accurate electron-electron repulsion energies, GF(2) total energies appear to be worse than those computed at the MP2 level. 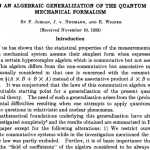 defined by the equation

form a set that is closed under multiplication with

.  Of course the rank of the many-body operators

spans the entire Fock space and therefore for this approach to be viable it is necessary to find a way to approximate higher-rank operators with low-rank ones.  Shenvi and Yang propose here to use an operator decomposition in conjunction with an ansatz for the operators

that contains at most two-body terms.  Preliminary results for the Hubbard model look promising, especially considering that with the approximations introduced in the paper the overall scaling of this approach is cubic in the number of basis functions.  The paper is a good read and has a contagious enthusiasm.