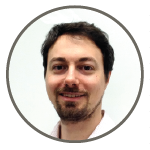 I was born in the beautiful city of Vasto in the Abruzzo region of Italy. After high school I attended the Scuola Normale Superiore in Pisa where I graduated with a laurea in chemical physics. After a summer fellowship in the group of Prof. Schaefer at the University of Georgia (2003) I moved from Pisa to Athens for graduate school. In the Schaefer group I met Prof. Jürgen Gauss, who later became my postdoctoral advisor and host when I moved to Mainz, Germany for an Alexander von Humboldt Junior Fellowship. Later I moved to New Haven, Connecticut to start a second postdoc with Prof. John Tully.  In summer 2013 I joined the Chemistry Department at Emory University as an assistant professor.